What a beautiful place... 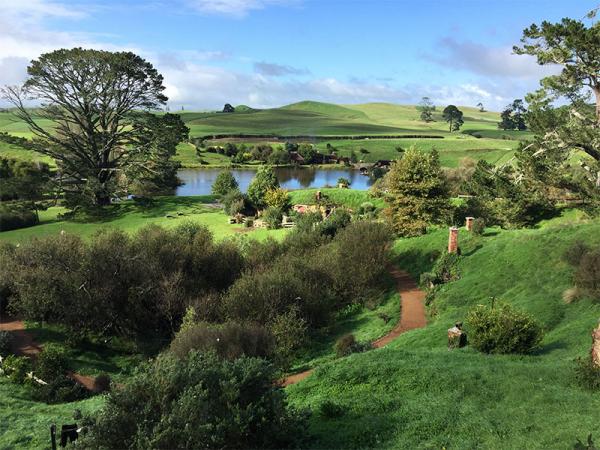 On hearing our CP was being moved to New Zealand I was initially disappointed as I'd built myself up for the idea of visiting America throughout the entirety of ground school. However, being given time to think about it I'm now so happy to have come here. Quite some time ago now my Auntie travelled here with my Grandparents joining her for some of it and ever since that moment all three of them have spoken of its beauty. Having since seen it with my own eyes I would have to agree with them. Even when looking at the photo above you can see how picturesque the landscape is and I don't think I've ever seen grass so green, so it should therefore come as no surprise that Peter Jackson wished to remain here in order to film the Lord of the Rings and Hobbit trilogies. 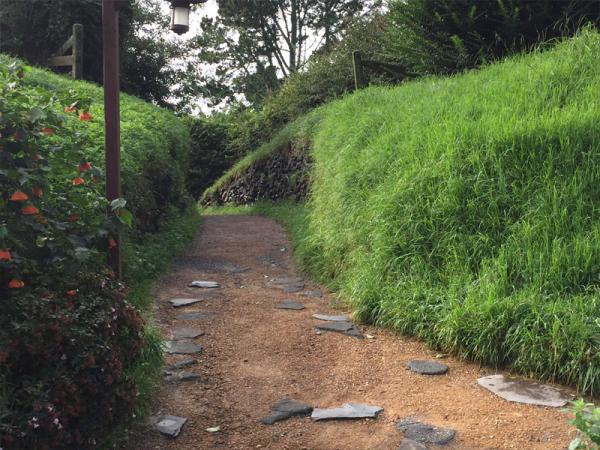 With CTC Aviation only a 45 minute drive from the Hobbiton Movie Set it would almost certainly be something I would live to regret if I had not gone. I'll be the first to admit it's quite pricey at $79 per adult but the scenery is just out of this world and from the moment you step off the coach you're immersed in the land of Lord of the Rings. Led by your tour guide you walk into Hobbiton via the very same path that Sir Ian McKellen and Elijah Wood used those years ago (as pictured). The same path was later used in the Hobbit movie by Martin Freeman as he runs waving his contract in the air. 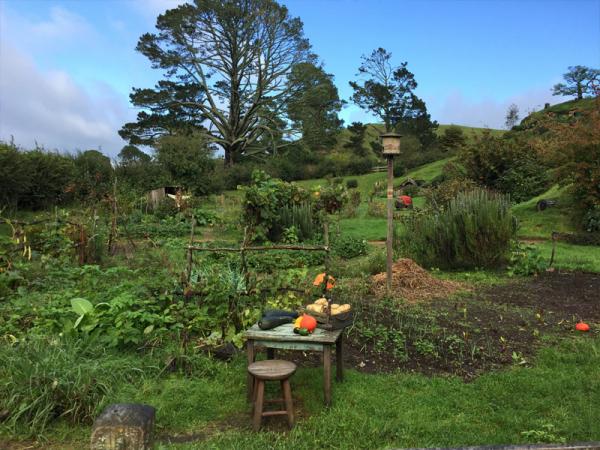 The first thing you see on reaching Hobbiton is the active veg plot (as pictured). We were told that all of the fruit and vegetables in the Hobbiton set are real and grown by a team of gardeners in order to retain the aesthetic from the movies. There was a whole variety of produce growing and the management allows the gardeners to take it home with them as they have no other use for it besides decoration, which is a nice touch!

We were also told at this point that the majority of the paths, access roads, ponds and bridges found on the set were constructed by engineers within the army. Such services were funded by the then incumbent government as an incentive to retain the films production within the country. As a thank you Peter Jackson offered each of the engineers a role as enemy soldiers within the trilogy. He seems a nice guy that Peter eh!

After taking a few pictures at the entrance to the shire we we're then led around a series of paths past countless Hobbit holes - there are 44 of them in total. Each one had such a high level of detailing such as recently picked flowers in the windows, real smoke from chimneys fuelled by wood burning fires, tiny little clothes drying on washing lines and a variety of other small customisations which made each one look a home. It was truly magical. However, the one hobbit hole we really wanted to see was Bagend, home to Bilbo & Frodo.

Located at the top of the hill it overlooks the lake, the Green Dragon, the party field and pretty much all of Hobbiton. This Hobbit hole is also the only one with anything substantial behind its' door such that the camera crews could film Frodo/Bilbo opening the door to the likes of Gandalf. The remainder of interior shots were completed in the Wellington studio but despite the lack of an interior it's still incredibly impressive.

Our tour guide let us in on even more tricks of the trade and told us the tree atop of the hill is in fact fake and made of plastic and steel. The reasoning behind this was simply down to the fact that any real tree of that size would have roots a significant distance into the terrain of which digging would kill it. Each of the leaves are made of plastic and individually spray-painted for the season. Due to Cyclone Cook a lot of the leaves had been forced from the tree and we were encouraged to take them as souvenirs. 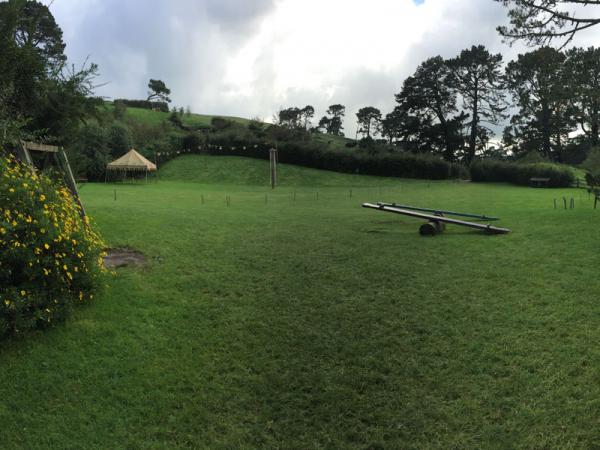 After Bag End we followed the path back down the hill via Samwise Gamgee's house before coming to the party field. Looking rather silent compared to the party scenes from the movies, our tour guide later went on to explain how all of the cast were in fact rather tipsy when filming them. Peter Jackson wanted the cast to feel comfortable with dancing so commissioned a local brewery to create a 1% dark stout named "SobeRing Thought" - notice the pun there? - which would allow them to enjoy themselves but not be blindingly drunk should multiple takes be required. The tour guide claimed that the recipe had since been misplaced so none was available for purchase. 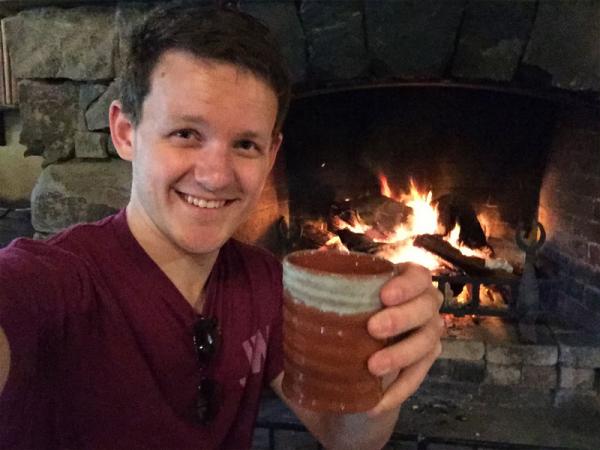 Finishing up our tour we continued down the hill towards the lake/river and entered the Green Dragon pub. Previously only a facade for the films but later reconstructed and opened to the public in 2012, each of us were offered a complimentary beer/cider/ginger beer from local breweries before hopping back on the bus to the carpark. I made sure to enjoy mine sat in front of the wood burning fire in perhaps the most comfy arm chair I've ever sat in!

All in all I loved every minute of my time at Hobbiton and the two hours you're allocated seemed to be over before it had even begun! If you're ever in New Zealand I would 100% recommend you pay these guys a visit as you shall not regret it. We opted for the first tour of the day which meant there wouldn't be any groups ahead of us providing us ample time for photo opportunities both at Hobbit holes and more the public areas where a few heads in the distance would ruin your photo.

Be among the first to see my latest content.

What did you think of this post? Join the discussion below.

Check the FAQs!
Read FAQs
Get in touch!
Send me a Message Send me an Email